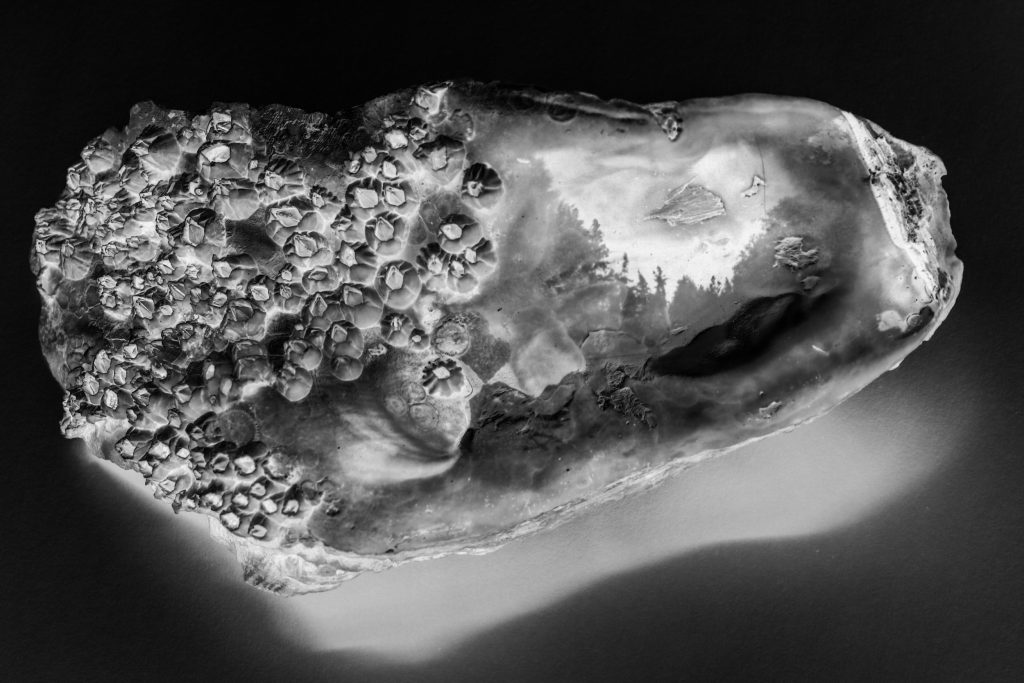 Join us for a feast of culinary and visual delights! Live oysters from Tomales Bay Oyster Company will be served at this special opening night reception. Social distance and safety protocols will be enforced.

Join us as we consider pinhole cameras inside oyster shells, native oyster restoration at the Presidio and oyster farming and feasting in Tomales Bay.

Healthy oyster reefs are a proven way to effectively reduce water pollution and improve the marine environment. While other bivalves also possess the ingenious ability to clean water while flushing out pollutants as they feed, none are simultaneous symbols of feasting, as is the oyster.

Natural Discourse, curated by Shirley Alexandra Watts, is again collaborating with Levy Art + Architecture to consider this wondrous bi-valve in a street-front exhibit that will be visible from the street where anyone can view it, 24 hours a day for 8 weeks (best viewed at dusk) at 2501 BRYANT STREET, SAN FRANCISCO.